Disclaimer
​
TECHNICALS
DJ Transport / DJ Industrial Technicals: A Tale of Two Worlds - Part II ?
December 9 ( From TradingView )
If you would like to receive our free daily markets updates, please Sign-up
The Situation

We just start to realize how deep the correction was on the ​​US equity market:
On the low made on August 24 on the Dow Jones Transports ( DJT ) at 7452.70,
the last time we reached that level was back on April​ 15 2014.
​( See first chart below: Amber Trendline )
​​​
Rebounding from those abyssmal technical levels was quite a statement
​from Mr Market but more and more divergence occuring between the
Mighty Dow Jones Transportation Average Index (DJT) and the Dow Jones
Industrial Average (DJI)​.

3) DJI is still well above the Major Resistance Trendline that started back on December 16 2014.
​​​​( See first chart below - Thick Red Trendline )​

​ONE chart below is worth a look where we will show the ratio of the ​​Dow Jones Transportation (DJT) ​to the Mighty Dow Jones Industrial Average (DJI)​.​( Bottom Chart )...

​​​​​But the interesting technical factors is that it is the first time that we have a Major Divergence since the past two years as the ratio is making lower highs but not the Mighty SP500. Quite surprising that DJ Transportation underperform with Oil price historically low...​​  Time to reconsider the Dow Jones Theory ? 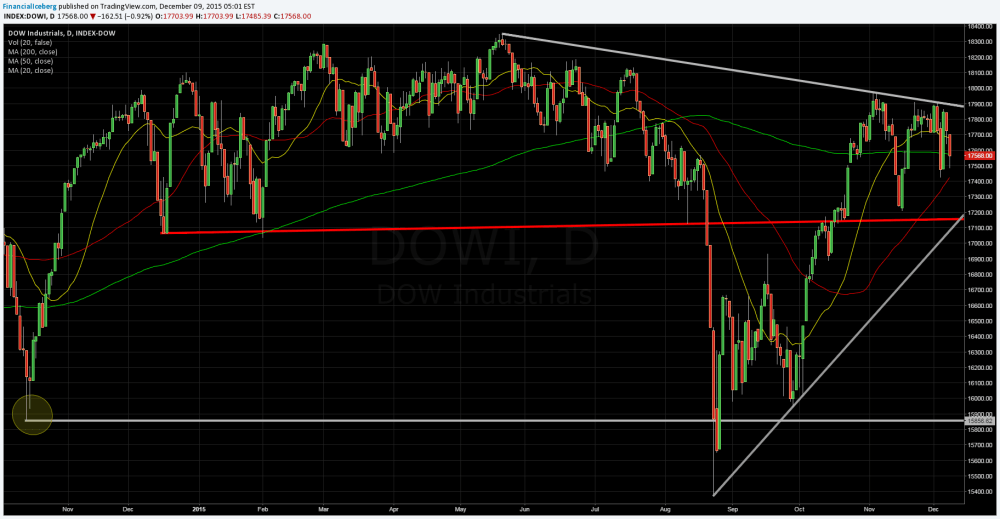 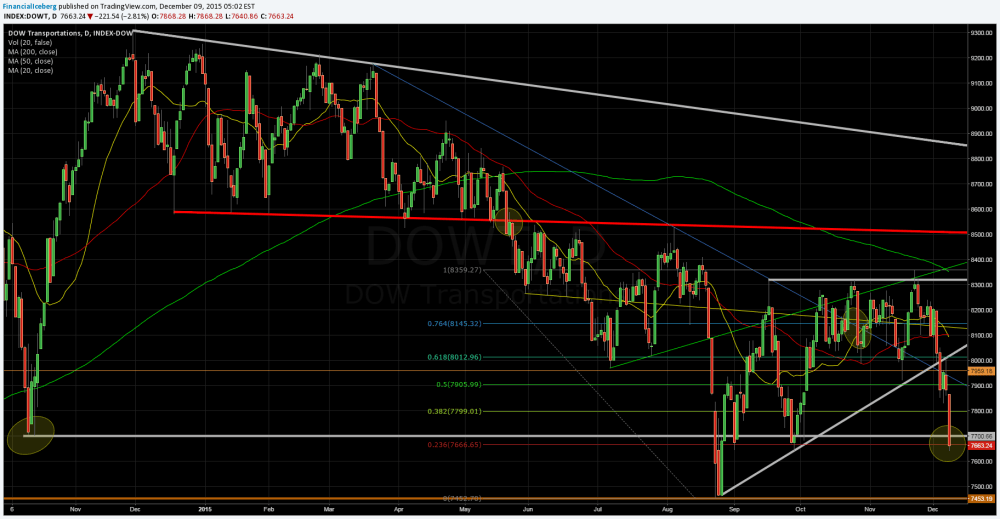