Disclaimer
​
TECHNICALS
SP500 Technicals: Major Support Trendline in Jeopardy ?
​January 20  ( From Tradeview, Stockcharts )
If you would like to receive our free daily markets updates, please Sign-up
​​​​The Situation
​
​We have been in one of the most Bullish Stock Market in history
​since 2009.​ The Mighty SP500 Index from a low in March 2009
​of 666.79 to the high ever on May 2015 at 2134.71 rose by a
​factor ​of 3.2 spurred by low interest rates and strong buybacks
​from US corporations.

​​We almost reached on September 29 the Daily Low of ​August 24 and
​rebouded violently. It was a double bottom​ and the market rallied
​and for the first time since August 24, and it did finally on a ​stronger
​volume. Since then, market internals ​continue to deteriorate:
US Stock Indices Technicals: Generals on the Front Line ?

And now, we are testing the Low price on August 24 ( See 1rst Chart Below - Bottom Grey line - Ellipse ).

​​​​But the most interesting technical factor is that we are testing the Daily Major Support Trendline that started back on October 15 2014 and near of a break down. ( See 1rst Chart Below - Grey Trendline - Ellipse ) 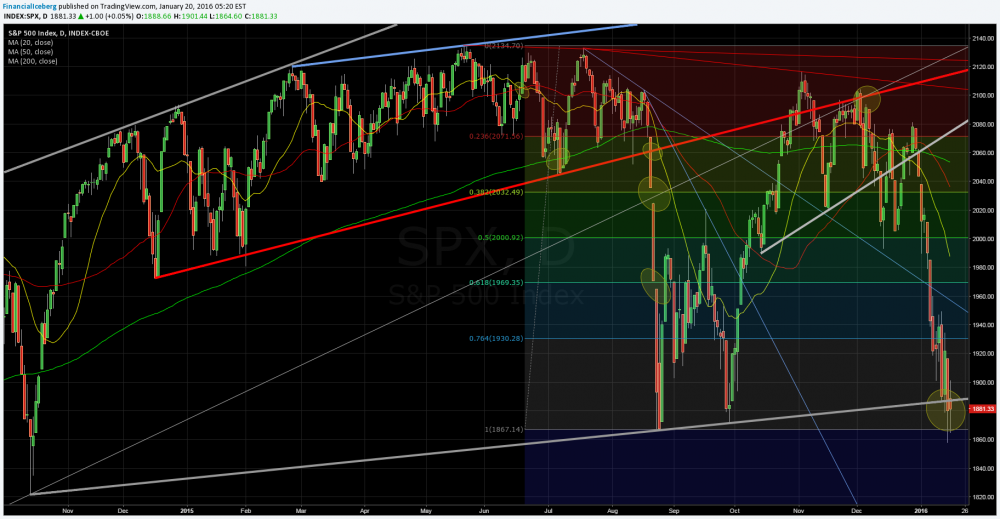