​​We tested on May 31 2016 on a Daily basis  a Major Resistance Trendline that started back since the ultimate peak in price reached​ on May 20 2015. Bears need to keep SPY ETF below that Resistance Trendline daily wise.​​(See 1rst Chart Below - Thick Amber Trendline - Ellipse)​.
​
​​​​​​But looking at the big picture (Monthly Candles Chart on SPY ETF) shows us the most interesting technical factor;  we are into a lower highs and lower ​lows technical ​pattern since May 2015 and finally tested the Resistance Zone on that Monthly Downward Channel... The best set up for Bulls is testing it in a strong Volume environment in the next few trading sessions which is not the case obviously. The real technical battle for Bulls is here...
​ (See 2nd Chart Below - Downward Channel - Ellipse) 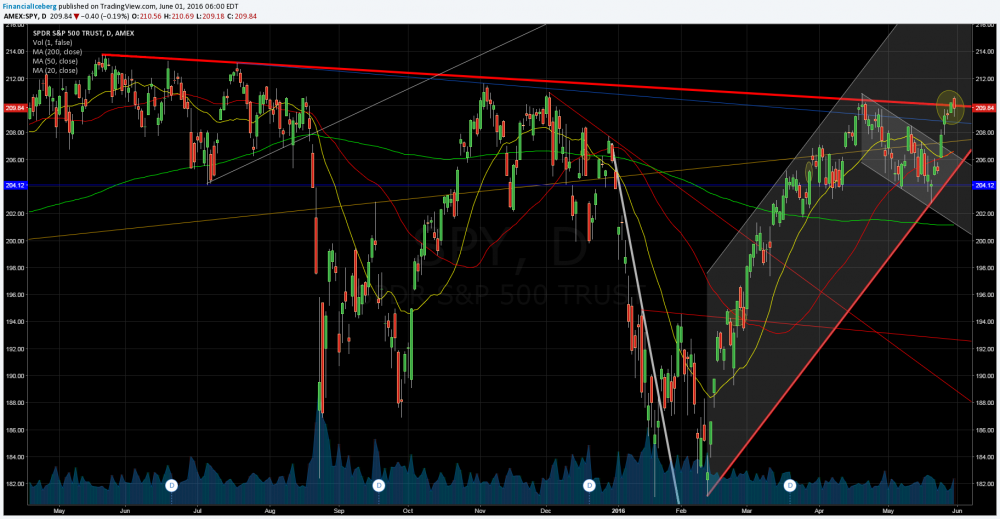