Disclaimer
​
TECHNICALS
Russell 2000 (TWOK ETF): At Technical Crossroads?
​July 12 2016 ( From TradingView )
If you would like to receive our free daily markets updates, please Sign-Up
​The Situation
​
The Russel 2000 Index (TWOK ETF) is at Technical Croosroads ​to ​say the
​least. Already, the SP500 Index (SPY ETF) is in Breakout mode since July 8.
​(See First Chart Below - Ellipse)​

TWOK ETF had its first Breakout mode on May 24 2016 as it went over a Major Resistance Trendline that started since June 23 2105. (See Second Chart Below - Grey Trendline)
It ​is still trading within a large Downtrend Channel since May 19 2016. ​(See second chart below - Channel).

​​​​​So the TWOK ETF outperformed tremendously lately the Mighty SP500 Index (SP ETF) on a relative basis (ratio of TWOK over SPY). Interesting to note that this ratio reached the bottom of this cycle on February 9 2016.

​​But the real interesting part is that it is that at a time were the TWOK ETF is testing price wise its resistance trendline, it is near breaking the major resistance trendline on a relative basis that started back since June 2015. ​(See Third Chart Below - Blue Trendline - Ellipse).
​
IF able to break that relative resistance, TWOK ETF should continue to out perform tremendously the SPY ETF.
Next few trading sessions are critical for TWOK ETF.​​ 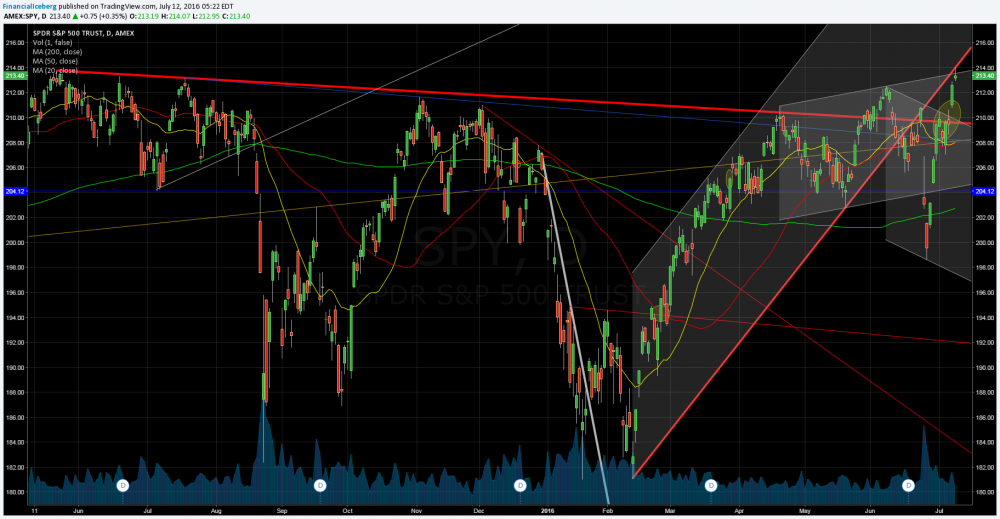